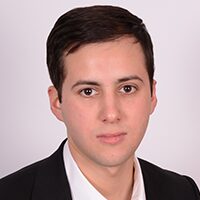 Alvaro is an associate in the International Arbitration Group of White & Case LLP. He advises private companies, foreign sovereigns, and state entities in the resolution of U.S. and international litigation. Alvaro’s work is focused on international dispute resolution and transnational disputes involving sovereign states and Latin America. These cases have spanned various substantive areas, including infrastructure, energy, and the environment. Alvaro is also involved in pro bono activities relating to international human rights proceedings and the representation of asylum applicants in the U.S. immigration court. He is based in Washington, D.C. and has previously resided in the Firm’s Paris office.

Alvaro earned his B.A. from the University of Florida, and his J.D. from the American University Washington College of Law. A native of the U.S. and Nicaragua, Alvaro is bilingual in English and Spanish.