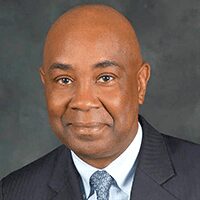 Albert A. Foster Jr. has joined Nelson Mullins Riley & Scarborough LLP in its Washington, D.C., office as a Partner. His practice focuses on jury trials and arbitrations of employment discrimination issues including race, national origin, age, and sexual harassment. He also has experience in the defense of chemical exposure claims. He was most recently the managing partner of Dillingham & Murphy. Mr. Foster was a featured speaker at MCCA’s First Annual CLE Expo in Atlanta in 2002, where he lectured on aspects of reductions in force. He earned his B.S. in Psychology in 1977 from the State University of New York at Stony Brook, and he earned his J.D. in 1983 from the State University of New York at Buffalo School of Law and Jurisprudence.