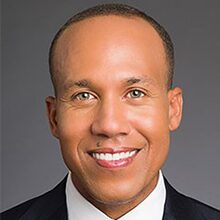 Kirkland L. Hicks was Executive Vice President and General Counsel for Lincoln Financial Group and was a member of the Company’s senior management committee. In his role, Mr. Hicks oversaw all activities for the legal, compliance, government relations and corporate secretary functions of the Company, as well as provided strategic counsel to the CEO, senior management team and board of directors.

He joined Lincoln Financial in December 2015 from Towers Watson & Co. (now Willis Towers Watson), where he had served as Vice President, General Counsel and Secretary since 2012. Mr. Hicks previously served in several senior counsel positions at Towers Watson and Watson Wyatt Worldwide, Inc. Prior to joining Watson Wyatt in 2000, he worked in private practice.