We’re giving this page a make-over. Check back in a little bit. 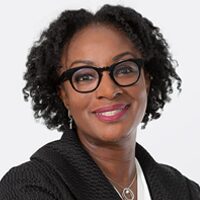 Wanji Walcott is Executive Vice President, Chief Legal Officer and General Counsel at Discover Financial Services, and a member of the company’s Executive Committee. She is a high-impact global financial services executive with a proven track record of building and leading diverse teams and fostering a culture of collaboration as a trusted advisor. Ms. Walcott is responsible for Discover’s Legal Organization, Government Relations and the company’s Patent & Innovation Program.

With a passion for helping others, Ms. Walcott is committed to Diversity, Equity & Inclusion (DE&I) and serves as executive sponsor of HOLA, Discover’s Latinx Employee Resource Group. She leads the company’s DE&I Task Force and is an active participant in the Legal Organization’s pro bono program, which provides free, high-quality legal services to those in need.

In 2021, the Pro Bono Institute honored Discover and Ms. Walcott with the Laurie D. Zelon Pro Bono Award. She was also recognized by Crain’s Chicago Business as a Notable General Counsel in 2021.

Prior to joining Discover in 2019, Ms. Walcott was Senior Vice President and General Counsel at PayPal Holdings, Inc., where she provided counsel to senior management and the board of directors, was accountable for all areas of the global legal department and provided legal support to corporate affiliates, including a bank. She has also held senior positions at American Express, Pillsbury Winthrop Shaw Pittman, DSET Corporation and Lockheed Martin.

Ms. Walcott serves on the Board of Directors of Foresight II (NASDAQ: FACQU) and has served on a number of non-profit boards, including her current role as Board Chair for the Minority Corporate Counsel Association (MCCA) and director roles at movement.org and The Gunnery School. She is a member of the Executive Leadership Council, the Chicago Network, and the Economic Club of Chicago and holds a B.A. and J.D. from Howard University. She is licensed to practice law in New York, New Jersey and has a Limited License as In-House Counsel in Illinois. 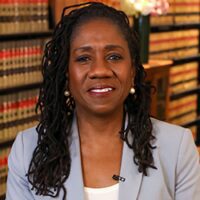 Sherrilyn Ifill is the President and Director-Counsel of the NAACP Legal Defense and Educational Fund, Inc. (LDF), the nation’s premier civil rights law organization fighting for racial justice and equality. LDF was founded in 1940 by legendary civil rights lawyer (and later Supreme Court justice) Thurgood Marshall and became a separate organization from the NAACP in 1957. The lawyers at the Legal Defense Fund developed and executed the legal strategy that led to the Supreme Court’s decision in Brown v. Board of Education, which is widely regarded as the most transformative and monumental legal decision of the 20th century. Ifill is the second woman to lead the organization.

Ifill began her career as a Fellow at the American Civil Liberties Union, before joining the staff of LDF as an Assistant Counsel in 1988, where she litigated voting rights cases for five years. In 1993, Ifill left LDF to join the faculty at University of Maryland School of Law in Baltimore. Over 20 years, Ifill taught civil procedure and constitutional law to thousands of law students and pioneered a series of law clinics, including one of the earliest law clinics in the country focused on challenging legal barriers to the reentry of ex-offenders. Ifill is also a prolific scholar who has published academic articles in leading law journals and op-eds and commentaries in leading newspapers. Her 2007 book “On the Courthouse Lawn: Confronting the Legacy of Lynching in the 21st Century,” was highly acclaimed and is credited with laying the foundation for contemporary conversations about lynching and reconciliation. A 10th anniversary edition of the book was recently released with a foreword by Bryan Stevenson, the acclaimed lawyer and founder of the national lynching memorial in Montgomery, AL.

In 2013, Ifill was invited back to the Legal Defense Fund – this time to lead the organization as its 7th Director-Counsel. In that role, Ifill has increased the visibility and engagement of the organization in litigating cutting edge and urgent civil rights issues and elevating the organization’s decades-long leadership fighting voter suppression, inequity in education, and racial discrimination in the criminal justice system. At critical moments during national political and civil rights crises Ifill’s voice and vision have powerfully influenced our national dialogue. Ifill is a frequent public commentator on racial justice issues, known for her fact-based, richly contextualized analysis of complex racial issues. She is a trusted and valued advisor to civic and community leaders, national civil rights colleagues, and business leaders.

Ifill graduated from Vassar College in 1984 with a B.A. in English and earned her J.D. from New York University School of Law in 1987. She is a recipient of numerous honorary doctorate degrees and awards. In 2019, Ifill was inducted into the American Academy of Arts & Sciences. In 2020, she was named Attorney of the Year by The American Lawyer and was a 2020 Glamour Magazine Woman of the Year. In 2021, Ifill was appointed to President Biden’s Commission on the Supreme Court. She serves on the boards of the Learning Policy Institute, the NYU Law School of Trustees, the Baltimore Museum of Art, and the Profiles in Courage Advisory Board.