Justice Cruz Reynoso is the first Latino Associate Justice on the California Supreme Court (1982-1987) and is currently a professor emeritus of law at the University of California, Davis. He was awarded the Presidential Medal of Freedom from President Bill Clinton in 2000, and the Hispanic National Bar Association’s highest honor, the Lincoln-Juarez Award, among many other honors and awards. Justice Reynoso has dedicated his legal, judiciary and educational work to promote civic engagement and defend the civil rights of our society’s most disenfranchised. 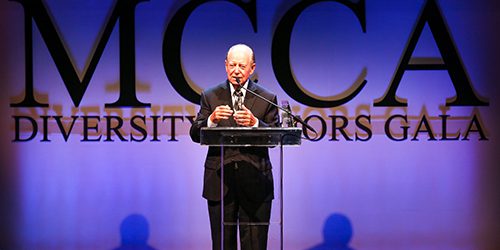 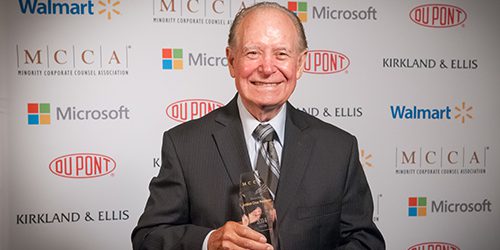 “For more than 50 years Justice Reynoso has blazed a trail for diversity” said Joseph K. West, President and CEO of MCCA. “His remarkable career has demonstrated genuine courage, wisdom, inspiration, and commitment to positive change that manifests itself in diverse leadership, which our organization has sought to recognize since its inception. MCCA is honored to recognize Justice Reynoso with the Lifetime Achievement Award.” 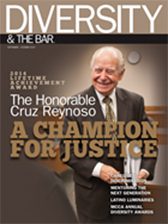 Justice Reynoso grew up in Orange County, southern California and as a young boy picked oranges with his siblings during the summers. He attended a segregated elementary school and integrated junior high and high schools. His sensitivity to social injustice and dedication to civic activity began as a boy. He successfully organized the Latino community in which he lived to petition for rural mail delivery from the United States Postal Service. In high school he won the desegregation of his former elementary school by meeting with school board members, neighborhood residents, and taking the issue of state-segregated education, along with the members of his community, to school board meetings.

Justice Reynoso began his higher education at Fullerton Community College. He obtained his B.A. from Pomona College in 1963, and his Law degree from the University of California, Berkeley School of Law in 1958.

During his legal career, Justice Reynoso had a private practice, served as a legislative assistant for the California State Senate (1960-1961), was an Associate General Counsel for the Equal Employment Opportunity Commission (1967-1968) and was the Deputy Director and Director of California Rural Legal Assistance (CRLA) (1968-1972). He oversaw the expansion of the CRLA to provide legal aid, education, and outreach to farm workers throughout California. In 1970 the CRLA brought hearings to the federal government concerning the negative health effects of the pesticide DDT, ultimately banning its use. 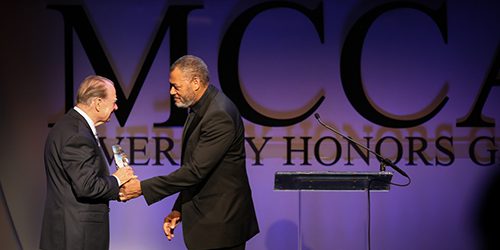 Justice Reynoso has taught as a Professor at the law schools of the University of New Mexico (1972-1976) the University of California, Los Angeles (1991-2001) and the University of California, Davis (2001-2006). He has also served on special commissions, including the U.S. Commission on Civil Rights (1993-2005) where, among other matters, he challenged former California Governor Pete Wilson’s political use of anti-immigrant sentiment and investigated instances of African Americans and other minorities who were not allowed to vote in Florida during the 2000 Presidential election. His inspiring work advocating for the country’s minority and rural communities is complimented by a commitment to creating equal access to the study of law and the leadership roles in society that it affords.