Ursula M. Burns, Chairman and CEO, Xerox Corporation, is the recipient of the MCCA 2013 Lifetime Achievement Award. She will be honored September 17 at MCCA’s Diversity Honors Gala, a red carpet event at the Lincoln Center for the Performing Arts in New York City. 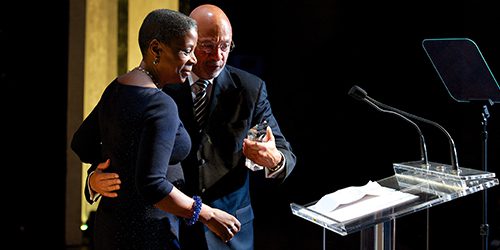 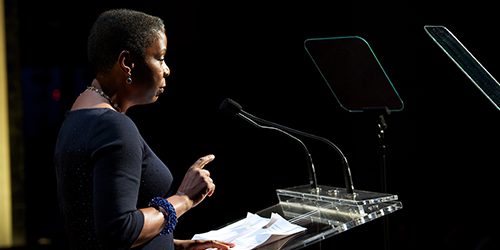 Ursula Burns, the first African American woman CEO of a Fortune 500 corporation, is being honored for her inspiring business accomplishments, her historic and groundbreaking career achievements, her remarkable legacy as a mentor and agent of change, and her work to strengthen the educational pipeline in order to broaden opportunities for all.

“Ursula Burns is an icon, role model, pioneer, business leader, mentor and trailblazer,” said Joseph K. West, President & CEO of MCCA. “She is the embodiment of the strength and wisdom that manifests itself in the diverse leadership, which our organization has sought to recognize since its inception. Her remarkable record of service and achievement has won her widespread acclaim. MCCA is honored to recognize her with the Lifetime Achievement Award.” 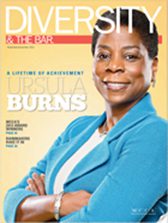 Ms. Burns joined Xerox Corporation, the world’s leading enterprise for business process and document management, in 1980 as a mechanical engineering summer intern, and through a series of leadership positions in the company, moved up its ranks and in 2009 was named chief executive officer, leading over 140,000 people of Xerox who serve clients in more than 160 countries.

At Xerox, Burns leads a company dedicated to promoting diversity and inclusion. “The power of our people-development model is that it recognizes the value of diversity from entry-level positions to top seats,” she says. “When you have been at it as long as we have, the bench gets pretty strong of next-generation leaders who represent the real world. What they all have in common is strong skills, a solid work ethic, commitment and a will to win.”

In addition to her role as chairman of Xerox’s board of directors, Burns is a board director of the American Express Corporation and Exxon Mobil Corporation. She also provides leadership counsel to community, educational and nonprofit organizations including FIRST – (For Inspiration and Recognition of Science and Technology), National Academy Foundation, MIT, and the U.S. Olympic Committee, among others. She is a founding board director of Change the Equation, which focuses on improving the U.S.’s education system in science, technology, engineering and math (STEM). In March 2010, U.S. President Barack Obama appointed Burns vice chair of the President’s Export Council. 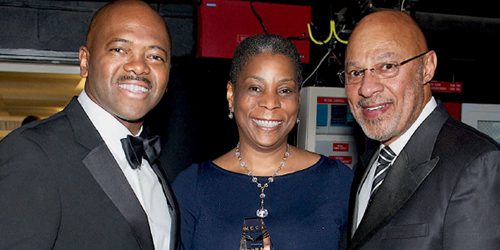 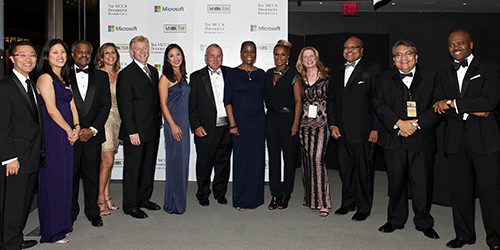 Being held at the Lincoln Center for the Performing Arts, the Diversity Honors Gala will recognize those who have made outstanding contributions to diversity in the legal field. It will begin with an awards program in the Starr Theater that combines honors with entertainment, followed by an elegant VIP Reception in Alice Tully Hall. About 1,200 attendees are expected.