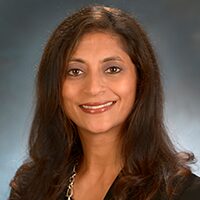 Shaila Lakhani Ohri is an Assistant General Counsel at Exelon Corporation in the Washington, DC office. Exelon is a Fortune 100 energy company that operates in every stage of the energy business: power generation, competitive energy sales, transmission and delivery. Shaila’s practice consists of negotiating agreements and handling complex transactions, particularly in the areas of innovation, mergers and acquisitions, financing transactions, venture capital, technology and licensing, intellectual property, corporate governance and other commercial work. Shaila’s previous experience includes work in the Office of Corporate Secretary of Pepco Holdings, a utility subsidiary acquired by Exelon, in corporate finance, governance and securities, and in the General Law group in procurement, litigation, antitrust, and licensing. Prior to joining Exelon, she worked in-house at CapitalSource Finance, as an associate at the firm Dyer, Ellis & Joseph (combined with Blank Rome), and as a judicial clerk to the Honorable Herbert B. Dixon at the D.C. Superior Court.

Shaila received her J.D. from the George Washington University Law School and her B.A. from the American University. Ms. Ohri is focused on diversity in the law and was a 2018 Leadership Counsel for Legal Diversity Fellow and has served on the Exelon legal department’s D&I Steering Committee since joining Exelon. She is involved in a number of affinity bar associations including as Board Member and Co-Chair of the In-House Counsel Committee of the Asian Pacific American Bar Association of the District of Columbia, and serves as a co-chair of the Women’s Leadership Network for the National Asian Pacific American Bar Association. She has also been a Trustee for the South Asian Bar Association of North America Foundation, a 501(c)(3) non-profit organization, since 2015. Shaila participates in pro bono projects and clinics each year, and is an active volunteer in her community, including as a Girl Scout leader and Make-A-Wish wish granter.