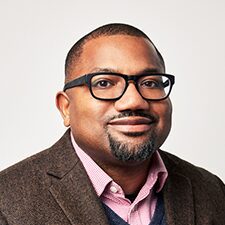 Rodney C. Pratt is the Vice President, General Counsel and Corporate Secretary at Converse Inc. He is responsible for leading and managing the company’s global legal team, strategy, and operations. Pratt also serves on the Converse Executive Leadership Team. In addition to his legal responsibilities, Pratt is charged with administrative oversight and budgetary management of Converse’s global security and brand protection (anti-counterfeiting) functions. Prior to joining Converse, Pratt was an Assistant General Counsel at Nike. In that role, Pratt served as a business and legal advisor to many of Nike’s and its affiliate brands’ (Jordan, Nike Golf, and Hurley) internal business teams on commercial, sales and competition related issues. While at Nike, Pratt also served as the Corporate Secretary of, and operated as the general counsel for, the Nike Foundation. Pratt began his legal career as a corporate, finance, and M&A attorney with a major law firm in Washington, D.C.

In 2016, Pratt received the George Washington University Black Alumni Association IMPACT Award. In 2015, Pratt was recognized by Savoy Magazine as one of the Most Influential Black Lawyers in corporate America. In 2012, Pratt was recognized by the National Bar Association as one of America’s Top 40 Lawyers under 40. Pratt has also been profiled in numerous publications, including Modern Counsel magazine (2017) and Blackenterprise.com (2014). He has also served on numerous panels at various conferences focused on enhancing the personal and professional development of practicing and aspiring lawyers.

Pratt is a graduate of the College of William & Mary and received his law degree from the George Washington University Law School. While in law school, he served as an Executive Officer of the Moot Court Board. During law school, Pratt also served as a White House Intern in the Office of the Chief of Staff under the Clinton Administration.