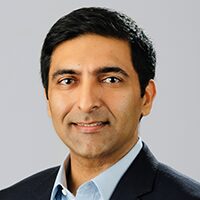 Puneet Arora is an in-house Employee Benefits and Executive Compensation attorney at AbbVie Inc. in North Chicago, Illinois. Puneet strives to deliver top results for stakeholders by being a problem solver that effectively collaborates with internal and external partners to achieve corporate results through effective communication, creative thinking and logical decision making. He has in-depth knowledge regarding the Internal Revenue Code, Employee Retirement Income Security Act and securities and employment laws applicable to qualified retirement plans, nonqualified deferred compensation arrangements, health and welfare benefits, global equity compensation and executive compensation. At AbbVie, Puneet provides interpretive and authoritative legal guidance related to matters that arise from the day-to-day operations and administration of the company’s employee benefits and compensation programs. His responsibilities include maintaining the official employee benefit plan documents, reviewing required notices and participant communications and supporting the company’s leadership to understand the legal implications of program design changes. Finally, he serves as the Secretary of AbbVie’s Employee Benefits Board of Review and has been a key contributor to the company’s cross-functional team involved with evaluating and negotiating business transactions.

Prior to joining AbbVie, Puneet was an attorney and director at Willis Towers Watson in Washington, D.C. and Chicago, Illinois where he assisted internal and external clients with understanding the laws that are relevant to retirement plans and executive compensation arrangements. Puneet also spent five-years as an attorney in the National Office of the Internal Revenue Service (IRS) Tax Exempt and Government Entities Division (TE/GE) in Washington, D.C. At IRS, he interpreted the tax code, regulations, administrative rules and court cases related to issues pertinent for employee benefit plans. Prior to joining the IRS, Puneet was an associate at a private law firm in Chicago, Illinois. Puneet’s interest in pursuing a career in law was solidified after he spent a year as an AmeriCorps Volunteer in Service to America at the Sargent Shriver National Center on Poverty Law in Chicago, Illinois, where he supported the organization’s Community Reinvestment Division with direct-client service and State and Federal policy matters geared towards reducing the barriers faced by low-income people.

Over the years, Puneet has served in a variety of bar association leadership positions. During his second year of law school, Puneet was the President of the Student Bar Association and during his third-year he served as the Secretary/Treasurer of the American Bar Association’s Law Student Division. After graduating from law school, he has been involved with the Employee Benefits Committee of the American Bar Association’s Tax Section, most recently as a Co-Chair of the Defined Contribution Plan subcommittee. Puneet also served as a General Director of the South Asian Bar Association of Washington, D.C. Puneet has authored articles that have been published in a variety of forums, including the Harvard Law School Forum on Corporate Governance. Puneet received his B.A. in Political Science from the University of Illinois in Urbana/Champaign and his J.D. and LL.M. in Employee Benefits from the UIC John Marshall Law School in Chicago, Illinois where he was a recipient of the Claude Sowle scholarship.

Outside of work, Puneet enjoys spending time with his wife, Avani, a Clinical Pharmacist at Evolent Health and his 5 and 2 year-old children, Milana and Dilan. Puneet enjoys reading, listening to podcasts and being outdoors as much as possible. He is an aspiring golfer and has completed two marathons, several shorter races and a triathlon.