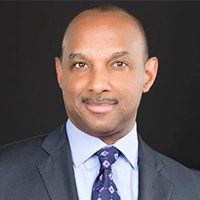 Paul is a nationally recognized labor and employment lawyer. With a strong in-house and outside counsel background, he brings a unique and practical perspective to issues critical to the modern workplace through counseling, negotiation and litigation. Paul represents employers throughout the U.S. in high-stakes federal and state court employment litigation, class and collective actions and administrative proceedings. He has successfully tried to verdict over 25 matters in federal and state courts and handled numerous arbitrations and mediations. Paul routinely defends clients in investigations by government agencies such as the EEOC, and state equivalents, DOL and NLRB and conducts and oversees internal corporate investigations of discrimination, harassment, fraud, embezzlement and other forms of employment misconduct. He also represents clients in employment related intellectual property matters.

The International Law Office (ILO) named Paul the 2017 and 2019 exclusive winner for Pennsylvania in the Employment Law category for its “Client Choice Awards”, based on feedback provided by more than 2,500 in-house counsel. The recognition focused on Paul’s ability to provide high quality legal representation, strategic thinking and value for services across jurisdictions. Since 2017, he has been recognized as one of the “100 Most Powerful Corporate Employment Lawyers in America” by Lawdragon and Human Resources Executive magazine, and in 2020 was the profile-featured cover page honoree to the publication’s inaugural“500 Leading U.S. Corporate Employment Lawyers”. In 2016 Paul was elected a Fellow of The College of Labor and Employment Lawyers. He has been listed as one of the Best Lawyers in America since 2014 and further singled out as one of “The Legal 500” nationally. Philly Biz Magazine named Paul a “2016 Executive of the Year” distinguishing him as 1 of 11 individuals “working to make Philadelphia a leader in every sector.” In 2014, Paul was named one of the “Attorneys Who Matter” describing him as one of “the best and brightest minds in the legal field from around the globe” by leading international business ethics think-tank the Ethisphere® Institute.

Paul has served and continues to serve, in firm leadership roles to include, but not limited to, firm-wide Management Committee, Office Managing Shareholder, National/International Client Services Steering Committee and the firm’s Diversity and Inclusion Steering Committee. Through Paul’s leadership, the Philadelphia office was named SmartCEO’s “2015 Law Firm of the Year” and Paul a finalist of the “Industry Practice Attorney of the Year”. Paul has been honored “Pennsylvania Diverse Attorney of the Year” in 2013 by The Legal Intelligencer (oldest law journal in the United States), a “Best Attorney in Philadelphia” by the Philadelphia Inquirer as well as “Top Lawyer in Pennsylvania” by the National Law Journal both since 2014 and Pennsylvania Super Lawyer 2015 to present. Additionally, in 2013 the Philadelphia Business Journal selected him to receive the “Minority Business Leader Executive Award” which distinguishably recognizes top-level corporate executives and advocates who play a strong role in their respective industries and communities.