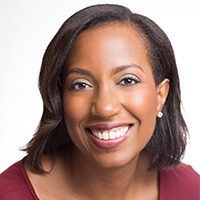 Prior to joining Goldman, Monique was an advisor on sports and entertainment, media and brand advertising matters at JPMorgan Chase. In that role, she negotiated agreements and counseled business partners across the firm. Her guidance was critical in negotiating large arena naming rights for the Chase Center in San Francisco and in closing numerous talent, influencer, celebrity endorsement and sponsorship deals, including with the Academy of Television Arts & Sciences and the PGA. Monique also advised on launching and marketing the Chase Sapphire Reserve credit card across television, print and digital platforms.

Before moving in-house, Monique was a litigation associate, most recently managing a team of attorneys on a long-term engagement for Sidley Austin LLP on matters associated with Wall Street fraudster Bernie Madoff.

Monique has contributed to and volunteered her time for several organizations, including the Schomburg Center for Research in Black Culture and the West Side Campaign Against Hunger, where she was a board member. More recently, she became a Harvard College Alumni Interviewer, which brings her into contact with promising high school seniors from across New York City every year.

Monique received her AB from Harvard College in 2001 and her JD from New York University School of Law in 2006 as an Executive Editor of the New York University Law Review and Fellow to the United Nations International Law Commission. She lives in Harlem, New York with her husband and two children.