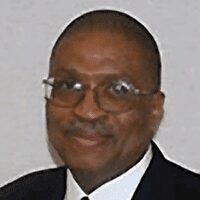 Michael V. Coleman, a partner with the law firm of Lord, Bissell & Brook LLP, has been named partner-in-charge of the firm’s Atlanta office.

Coleman joined Lord, Bissell & Brook as a partner in 2004. His practice focuses on general corporate, mergers and acquisitions, and corporate finance transactions. Coleman served as the City Attorney for the City of Atlanta under the late Maynard Jackson from 1990 – 1993. In that role, he served as the principal attorney for the city of Atlanta during the negotiation of several agreements in connection with the 1996 Olympic Games. After leaving the city, he went into private practice and represented Turner Broadcasting System and the Atlanta Hawks in connection with the development and financing of Phillips Arena. He also represented the city of Atlanta in the development and financing of Atlantic Station and Central Atlanta Progress in the establishment of the Atlanta Downtown Improvement District and the Atlanta Ambassador Force.

Coleman has served on the Boards of Research Atlanta, the Atlanta Committee for the Olympic Games, the Metropolitan YMCA, and is involved with numerous other civic, community and professional organizations.