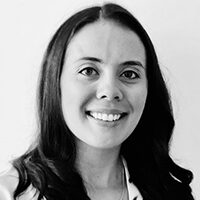 Leslie Stevens is a Privacy and Compliance Counsel who works with Agilent Technologies in Santa Clara, California and is responsible for their global privacy program. Leslie has been with Agilent since July 2017. Prior to Agilent, Leslie spent five years pursuing a PhD in Privacy Law at the University of Edinburgh in Scotland, working with public sector agencies in the UK to unlock the potential of their data. Because of these experiences, Leslie believes that an organization handling privacy responsibly and ethically is critical to their success and is key to unlocking value in the digital economy. Her journey into privacy law started in 2007 while working for the Irish Government’s Investment and Development Agency in California. Here she was exposed to Silicon Valley technology companies and their concerns over EU privacy laws when expanding their business into Europe. She started her legal career in Fall 2007 by pursuing the evening JD program at Santa Clara Law, while continuing to work full time for the Irish Government.

During her final year at Santa Clara Law in 2011, Leslie knew she had more that she wanted to learn – in particular, about Privacy. Leslie applied to two LLM programs – both in Europe – not exactly the traditional or expected path for someone about to take the California Bar. Ultimately, Leslie chose to move and pursue an LLM in Commercial Law at the University of Edinburgh. It wasn’t until she completed her LLM a year later in 2012 (and first consultancy project in privacy), that she realized her passion for helping organizations to unlock the potential of the data they hold, but in a socially responsible way.

While pursuing her PhD at the University of Edinburgh, Leslie also became a Research Fellow, partnering with leading academics to conduct novel research into ethical and socially responsible ways of using personal data for research. Through her work as a Research Fellow, and her PhD, Leslie established a deep understanding of the principles underlying data governance and how to operationalize privacy law in different contexts. During her time at the University, Leslie was also able to also take on an outreach role which provided opportunities to lead community based activities, such as public forums and social debates on topical Medico-Legal issues.

Five years later in 2017, at the end of the PhD journey, Leslie realized she was ready for a new challenge and to apply the knowledge gained to an entirely different context. Leslie made the transition from academia to in-house counsel in July 2017, starting work in Agilent’s UK offices. After completing Agilent’s EU General Data Protection Regulation Project in 2018, Leslie had the opportunity to move back to California and continue her career at their Santa Clara headquarters.

Leslie now leads Agilent’s privacy program, acting as Data Protection Officer, and is directing the company’s efforts to create a global privacy program that can grow and account for emerging regulations including Brazil’s Lei Geral de Protecao de Dados and California’s Consumer Privacy Act. She is at her happiest when she can partner with the business and consult on the use of new technologies, products and processes to embed privacy and security into their design. Leslie connects with her work at Agilent because it is a mission driven company, where the products are designed to improve the wellbeing of others and where there is a true commitment to carry out business with integrity. As part of Agilent’s Legal Compliance team, Leslie also continues to focus on expanding her knowledge in conducting compliance investigations in the areas of anti-corruption and anti-bribery.

When Leslie is not immersed in all things privacy, she enjoys learning how to make new craft cocktails (preferably with gin), cooking food inspired by her travels or previous life abroad, reading Scandinavian crime fiction or playing her favorite strategy video game.