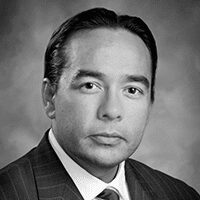 Keith Harper has joined the Washington, DC office of Kilpatrick Stockton as a litigation partner in charge of the firm’s Native American Affairs team. His practice will focus on litigation, property and infrastructure development opportunities, and the area of financing.

A member of the Cherokee Nation of Oklahoma, Harper has represented over half a million Native Americans in the landmark case Cobell v. Kempthorne (formerly known as Cobell v. Norton), a class-action lawsuit to force the federal government to account for billions of dollars belonging to approximately 500,000 American Indians and their heirs, and held in trust since the late 19th century. Kilpatrick Stockton has been involved in the representation of Cobell since 1996.

Following law school, Harper worked at Davis, Polk & Wardwell and then served as law clerk to the Honorable Lawrence W. Pierce of the U.S. Court of Appeals, Second Circuit. Subsequent to the judicial clerkship, Harper was granted a Skadden Arps Fellowship to join the Native American Rights Fund, where he remained as a staff attorney until joining Kilpatrick Stockton.

Harper received a bachelor of arts in sociology and psychology from the University of California, Berkeley and a juris doctorate from New York University (NYU) School of Law. He is the past president of the Native American Bar Association of Washington, DC and a recipient of the Rockefeller Foundation’s NGL Fellowship. Harper also serves as an appellate judge on the Mashantucket Pequot Tribal Court.