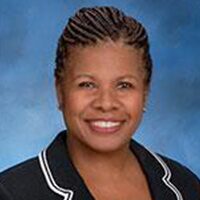 She previously served as Chief Legal Officer, General Counsel and Corporate Secretary to USAA. As Executive Vice President, Deneen was a member of USAA’s Executive Council and contributed to a broad range of strategic, management and commercial initiatives. She also previously served as the general counsel for USAA Bank from 2010 to 2015.

Before joining USAA, Deneen worked at ING DIRECT as the Senior Vice President, General Counsel and Corporate Secretary. She was responsible for managing legal and compliance matters for that $90 billion organization. Prior to joining ING DIRECT, she served as an attorney for Pepper Hamilton LLP and a staff attorney with the Board of Governors of the Federal Reserve System.
A graduate of the Wharton School of the University of Pennsylvania with a Bachelor of Science in Economics, she also received her Juris Doctor degree from Fordham University School of Law in New York. Deneen is a member of the Association of Corporate Counsel and the American Bar Association.

Deneen serves on the Board of Directors of the Leadership Council on Legal Diversity (LCLD). She is a member of both the Executive Leadership Council and the Direct Women Board Institute. Deneen also holds the Fellow designation from the National Association of Corporate Directors (NACD).

Previously, Deneen served as a director on the boards of the Elizabeth Dole Foundation Girls, Inc. of San Antonio, the Girl Scouts of The Chesapeake Bay, which awarded her its 2008 Woman of Distinction Award, and the YWCA of Delaware.

She is passionate about promoting diverse and inclusive workplaces, and in 2016 was honored for her work in these areas by the National Diversity Council with its Texas Diversity Award.