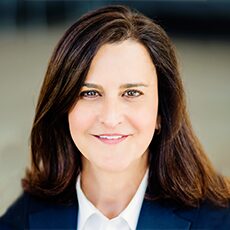 Dawn is President and Chief Operating Officer of Cologix, where she leads the company’s strategic initiatives, real estate development, human resources, legal, all other administrative functions, and corporate strategy. She also serves as Corporate Secretary to the company’s Board of Directors.

After serving in the U.S. Navy, Dawn graduated from Stanford Law School. Dawn joined Wilson Sonsini Goodrich & Rosati and then became partner at Morrison & Foerster with a focus on mergers and acquisitions, private equity and debt financings, board advisory, and corporate governance.

Dawn currently serves on the board of directors of the Minority Corporate Counsel Association. Her leadership has earned numerous recognitions in the field of law, including: Top 50 Women Lawyers in the U.S. by the National Diversity Council, Value Champion Award by the Association of Corporate Counsel, Most Innovative In-House Legal Team in North America, and Top 20 General Counsel by the Financial Times.

In addition to her JD from Stanford Law School, Dawn earned a Bachelor of Science degree from the U.S. Naval Academy, where she also received the Vice Admiral Lawrence Award for most outstanding woman athlete. As a commissioned officer, Dawn was chosen for the highly competitive naval nuclear submarine program founded by Admiral Hyman Rickover, and while in the Navy she earned an MBA from Providence College.