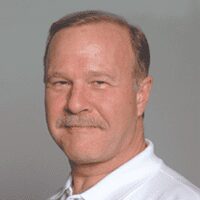 Alberto Gonzalez-Pita has been named executive vice president and general counsel of Tyson Foods. He will serve as Tyson’s chief legal officer, overseeing all legal matters involving the company.

Gonzalez-Pita has more than 25 years of legal experience in a wide range of areas, including mergers and acquisitions, regulatory, compliance, human resources, and litigation. Prior to his appointment, Gonzalez-Pita served as vice president-international legal, regulatory and external affairs for BellSouth Corporation, where he was also general counsel. Previous to that, he was an executive partner at the Miami office of White & Case and was also in private practice with several different Miami-based law firms.

Gonzalez-Pita was born in Cuba and at the age of six moved to Miami, Florida, where he was raised and educated. He holds a bachelor’s degree from the University of Miami and a law degree from Boston University Law School.