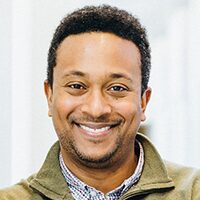 Aaron Kleven is an attorney in the Global Client Management group at Visa. After graduating from Stanford Law School, Aaron began his legal career in the Finance and Bankruptcy group at Sheppard Mullin Richter and Hampton. There he primarily represented large financial institutions in complex, secured transactions, and worked on various bankruptcy-related matters. Aaron has also held positions at Chapman & Cutler LLP, and the digital media company, Wanderful Media. Since joining Visa in 2016, Aaron has, successfully negotiated hundreds of commercial contracts between Visa and various financial institutions and merchants, including some of the most well-known companies in the world. He has assisted Visa’s Deputy General Counsel in managing some of Visa’s most valuable client relationships. Aaron’s pro bono work includes assisting with an adoption for a financially stressed family and helping to secure asylum for a client fleeing domestic violence in her home country. Aaron is based in the San Francisco Bay Area where he lives with his wife and three rescued terriers.