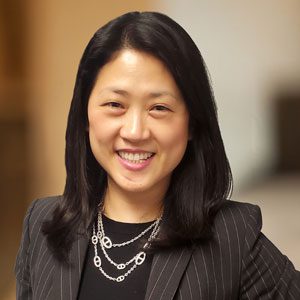 President and CEO of the Minority Corporate Counsel Association (MCCA)

Jean Lee is the President and CEO of the Minority Corporate Counsel Association (MCCA), a national organization focused on hiring, promoting and retaining women and diverse attorneys by providing cutting-edge research, best practices and training.

Prior to joining MCCA, Ms. Lee served as Vice President and Assistant General Counsel at JP Morgan Chase & Co. where she worked on consumer litigation and regulatory matters. Before joining JP Morgan Chase & Co. in 2011, Ms. Lee worked on litigation matters at a boutique litigation firm in New York City and started her career as a law clerk to the Honorable John J. Hughes, United States Magistrate Judge (retired), in the District of New Jersey.

She graduated from New York University with a B.A. in Politics and Psychology and a M.S.W. in Social Work. Ms. Lee received her J.D. from Rutgers University School of Law, where she was a Senior Editor of the Rutgers Law Record.

Ms. Lee served on Asian American Bar Association of New York’s Board of Directors from 2010 to 2016 and as its President in 2012. In 2014, the Council of Urban Professionals recognized Ms. Lee as a Catalyst: Change Agent | Law and in 2015, she was recognized as a Trailblazer by the Korean American Lawyers Association of Greater New York. Currently, she serves on the Select Committee for the Legends in Law Award for the Burton Foundation. 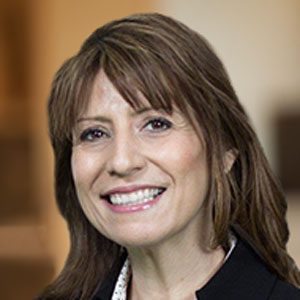 Sophia M. Piliouras is COO and President of MCCA’s Advisory Practice (“MAP”) at the Minority Corporate Counsel Association (MCCA) and partners closely with MCCA’s members in increasing the impact, effectiveness and sustainability of their organization’s diversity, equity and inclusion strategic plans. Sophia joined MCCA in 2016 as Senior Counsel, Director of Education and Research.

Prior to joining MCCA, Sophia was Vice President, Assistant General Counsel at JP Morgan Chase where she served as the lead lawyer for the Auto Finance and Student Lending, Business Banking, and Asset Wealth Management lines of business and managed the company’s relationship with over 300 law firms on behalf of her clients. Sophia also practiced as a litigation attorney at Seyfarth Shaw LLP where she represented clients in commercial litigation.

Sophia currently serves as Trustee on the Foundation for Advancement of Diversity in IP Law Board. Sophia is a graduate of University of Wisconsin, with a B.A. in International Relations. She received her J.D. from New York Law School where she served as the United Nations Editor for the New York Law School Journal of Human Rights and received M.S. degree in Construction Management from Columbia University. 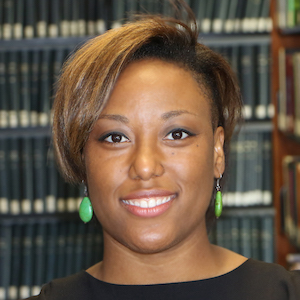 Dr. Courtney D. Cogburn joined the faculty at the Columbia University School of Social Work in July 2014 as an assistant professor and she was also invited to join the Faculty of the Columbia Population Research Center.

Her research aims to characterize and evaluate the function of toxic social environments in producing racial disparities in health and disease. She is particularly interested in examining associations between multiple dimensions of racism and stress-related disease as well as in identifying psychosocial processes that attenuate those effects. In one line of research, Dr. Cogburn is using data science techniques to develop a model and measure of media-based cultural racism and psychophysiological approaches to examine the effects of exposure to cultural racism on physiological, psychological and behavioral stress responses. She is also working closely with a community health center and global non-profit to educate and build community activism around social and structural inequities and health.

the effects of cultural racism in the media on physiological, psychological and behavioral stress reactivity and moderating effects of cognitive appraisal processes; the role of structural racism in producing disease risk; and chronic psychosocial stress exposure and related implications for understanding Black/White disparities in cardiovascular health and disease between early and late adulthood. At the end of 2014, Dr. Cogburn received an award from the Provost’s Grants Program for Junior Faculty Who Contribute to the Diversity Goals of the University for a project titled “Black Face to Ferguson: A Mixed Methodological Examination of Media Racism, Media Activism and Health.”

In addition to her academic research, Dr. Cogburn works with the Southern Jamaica Plain Health Center at the Brigham and Women’s Hospital in Boston andis a senior advisor at the International Center Advocates Against Discrimination in NYC to educate and build community activism around issues of racism and health.